The new ARC Audio RS Series speakers combine incredible technology and design to give crystal-clear sound to music fans and audiophiles all over the world. The RS project began several years ago and is a partnership between ARC’s US and Danish transducer development teams. The project’s purpose was to create a line of speakers that redefined precision, detail, and power handling while maintaining a shallow mounting design that was simple to fit into modern vehicles. 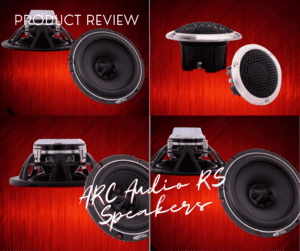 RS Series speakers are sold in pairs by size and were designed as an à la carte solution for active system designs. The RS 6.0 6.5-inch midrange/woofer, the RS 4.0 4-inch midrange, the RS 3.0 3-inch midrange, and the RS 1.0 1-inch tweeter combination are currently available. Every component used in the construction of these speakers was created from the ground up for maximum performance and dependability.

Features of the RS 6.0 Speaker

The RS 6.0 is similar to midrange drivers in many ways, but it has been optimized for the increased excursion needs that are frequently associated with reproducing bass and mid-bass frequencies. It utilizes the benefits of its high-strength neodymium motor in an effective yet low-profile design with a mounting depth of 2-3/4 inches. For outstanding clarity and a significantly wider overall bandwidth, magnetic flux is controlled by an expanded copper sleeve instead of the motors found in RS 3.0 and RS 4.0.

The RS6.0 uses the same hard-pressed composite woven papyrus damped paper design as the other drivers in this line, resulting in a low-mass speaker cone with exceptional strength and excellent damping characteristics for smooth and natural sound reproduction across an incredibly wide band of frequencies, making this speaker capable of handling a very wide frequency range.

As early as 3100 BC, papyrus was utilized to make writing materials for a wide range of products, including audio components, and it was widely used in mainstream manufacturing by the late 1970s. The Papyrus plant pith is the best material for this application because of its balance of strength and toughness. The Papyrus evenly adds stiffness and dampens vibrations in the new RS-Series speaker cones. For maximum durability, a low shore, low-dampened rubber rim holds the cone to the cast aluminum basket.

The redesigned, meticulously crafted dust covers are arguably RS6.0’s most distinctive feature. Long ignored as a primary cause of high-frequency distortion and, in certain circumstances, inconsistent low-frequency response. With these common problems in mind, ARC Audio worked diligently to find a way to do away with the shortcomings of undamped dust caps without sacrificing an effective cone area by using a phase plug design. The redesigned dust caps include sharp vertical splines in their semi-parabolic side profiles to increase lateral stiffness. Effectively, even at high excursion levels and extreme frequencies, these novel dust caps maintain their non-resonant state. The new design, which is unique to the ARC Audio RS drivers, gives installers and system DSP tuners the best starting point with the much-desired natural free air response that blends well with the interior of the vehicle, while also controlling resonance across the operating band that is typically a problem for traditional designs.

With a shallow design and a high-strength neodymium slug, the RS 6.0 motor assembly offers outstanding efficiency without the need for a deep mounting depth while maintaining superior speaker control.

Features of the Woofer and Midrange 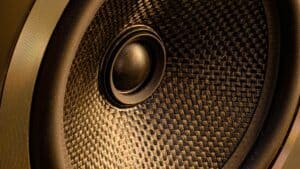 The cast aluminum basket of the RS 6.0, RS 4.0, and RS 3.0 speakers provides robustness and optimum voice coil cooling. Flat spiders are found on all three drives, ensuring superb linearity in both forward and reverse motion. Each midrange and woofer cone is made of hard-pressed paper, which mixes bamboo and pulp papyrus fibers for a balance of dampening and strength without adding too much mass to the high-frequency response.

When compared to speaker designs that employ a phase plug, ARC Audio chose a design that uses a dust cap to provide better efficiency and a smoother overall frequency. The curved ridges on their unique parabolically formed top increase strength and reduce resonance at high frequencies. The dust caps have also shown to be childproof since they have withstood being poked by small, fast-moving hands.

A clear-coated, one-piece T-yoke assembly is machined to specification on the back of the 3- and 4-inch speakers for precise tolerances and greater efficiency. The RS 6.0 features two-piece construction with a huge cooling vent in the middle that is black-coated to help transmit heat away from the voice coil.

For outstanding efficiency, a donut-shaped N42SH neodymium magnet produces an exceptionally powerful stationary magnetic field. This neodymium grade can withstand temperatures up to 300 degrees Fahrenheit without degrading. The inductance-reducing copper slug was added to the top of the T-yokes by ARC Audio to reduce inductive distortion and improve clarity even more, especially at high power levels.

Features of the RS 1.0 Tweeter

The RS 1.0 tweeter features a segmented, adjusted and damped rear chamber for increased performance at lower frequencies, as well as a 1-inch fine silk diaphragm. The chamber is tapered to avoid resonances that could cause distortion in the transducer’s output. These tweeters operate well in both two-and three-way configurations, with a resonance frequency of 900 Hz.

Terminal studs on the back of the driver are used for electrical connections, and premium ring connectors are included with each set. To match the aesthetics and appearance of your system, the driver can be utilized with or without the threaded aluminum mounting ring.

To transmit sound energy from the voice coil to the listener, the RS 1.0 tweeter has a soft dome diaphragm with a low mass and fine-weave construction. The low resonant frequency of the driver is ensured by this dome-smooth design’s frequency response. 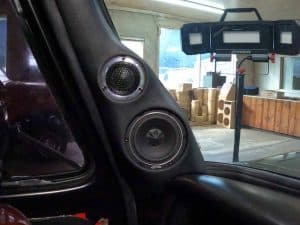 The tweeter is powered by a high-strength neodymium magnet and a specially developed motor construction, which offers exceptional efficiency, dynamics, control, and tonal stability. The magnetic field strength of the gap is further strengthened by a secondary bucking magnet, which further lessens distortion during times of higher demand. Of course, the improvements don’t end there; a sizable copper cap on top of the motor assembly helps to lower inductance and distortion for unmatched detail and exceptionally high frequencies, ensuring that you hear the finest sonic subtleties over the full listening spectrum.

The RS 1.0’s mechanical design includes a sturdy cast aluminum tuned chamber chassis with built-in cooling elements that enable heat to be expelled from beneath the diaphragm. This wide rear chamber of the tweeter aids in cooling the motor assembly for better power handling over extended listening times and enhances the low resonance frequency of the driver.

The machine-finished outer mounting ring is detachable, leaving the threaded main body housing with additional ISO style reduced mounting diameter, enhancing the flexibility of the various applications suitable for the RS1.0 and making it excellent for both custom and OEM speaker upgrade installations. 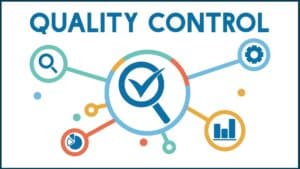 ARC Audio has engaged in comprehensive testing protocols for the original design and each unit that comes off the assembly line, as with any premium driver made exclusively for automotive audio applications. Power handling tests entail eight hours of band-limited pink noise at the rated power level. After that, the driver’s parameters, look, or functionality may not change significantly.

The test was then performed for an extra eight hours at twice the rated level, then for an additional eight hours at three times the rated level to guarantee that owners can enjoy their music at realistic levels. This step-up power process testing was carried out endlessly until the drivers failed, with the sole acceptable failure being a burnt voice coil that exceeded the recommended power handling specifications.

Each speaker is subjected to a mechanical rub and buzz test before being individually tested and documented, utilizing LMS test equipment to confirm the response performance of each driver. The test computer examines the driver’s output and assigns a storage spot in a 10-by-10 grid for matching with another driver that is as near to the original specification as possible within allowable limitations. The matched sets that result make system tuning as simple as feasible for the installer.

Component Speakers of the Highest Quality

Without a doubt, the ARC Audio speakers are high-end. However, when paired with an SP2000, they are taken to a whole new level.

Contact Music In Motion and request a demonstration of the new Arc Audio RS Series speakers if you’re interested in taking your car stereo system to a whole new level of detail and precision. The effect will be nothing short of spectacular when combined with a correctly tuned digital signal processor, high-quality amplifiers, and competent installation. 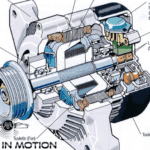 What kind of alternator do I need for car audio?Previous Post 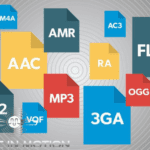 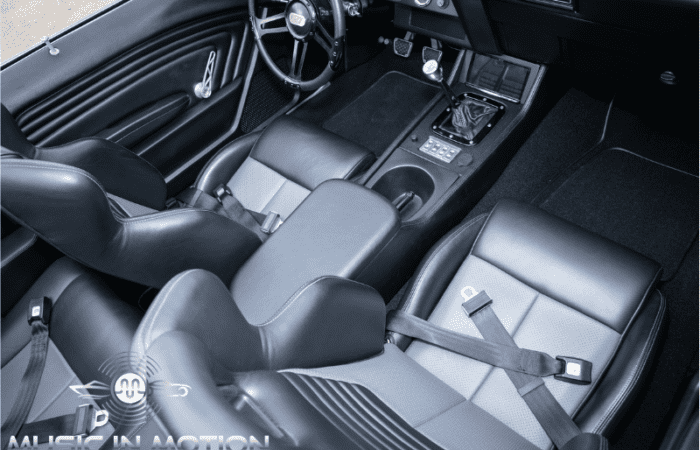 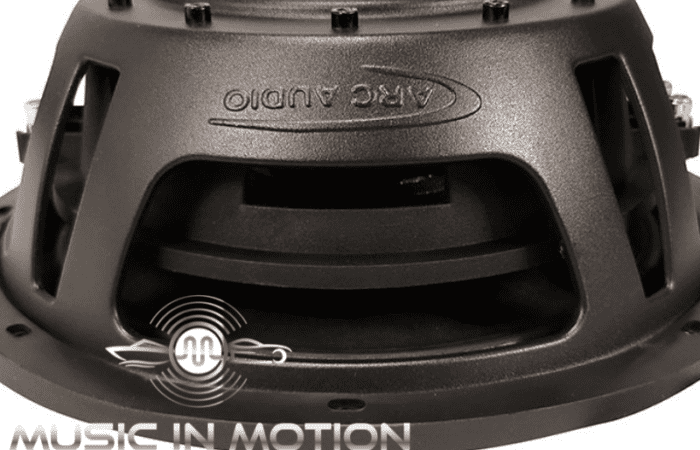