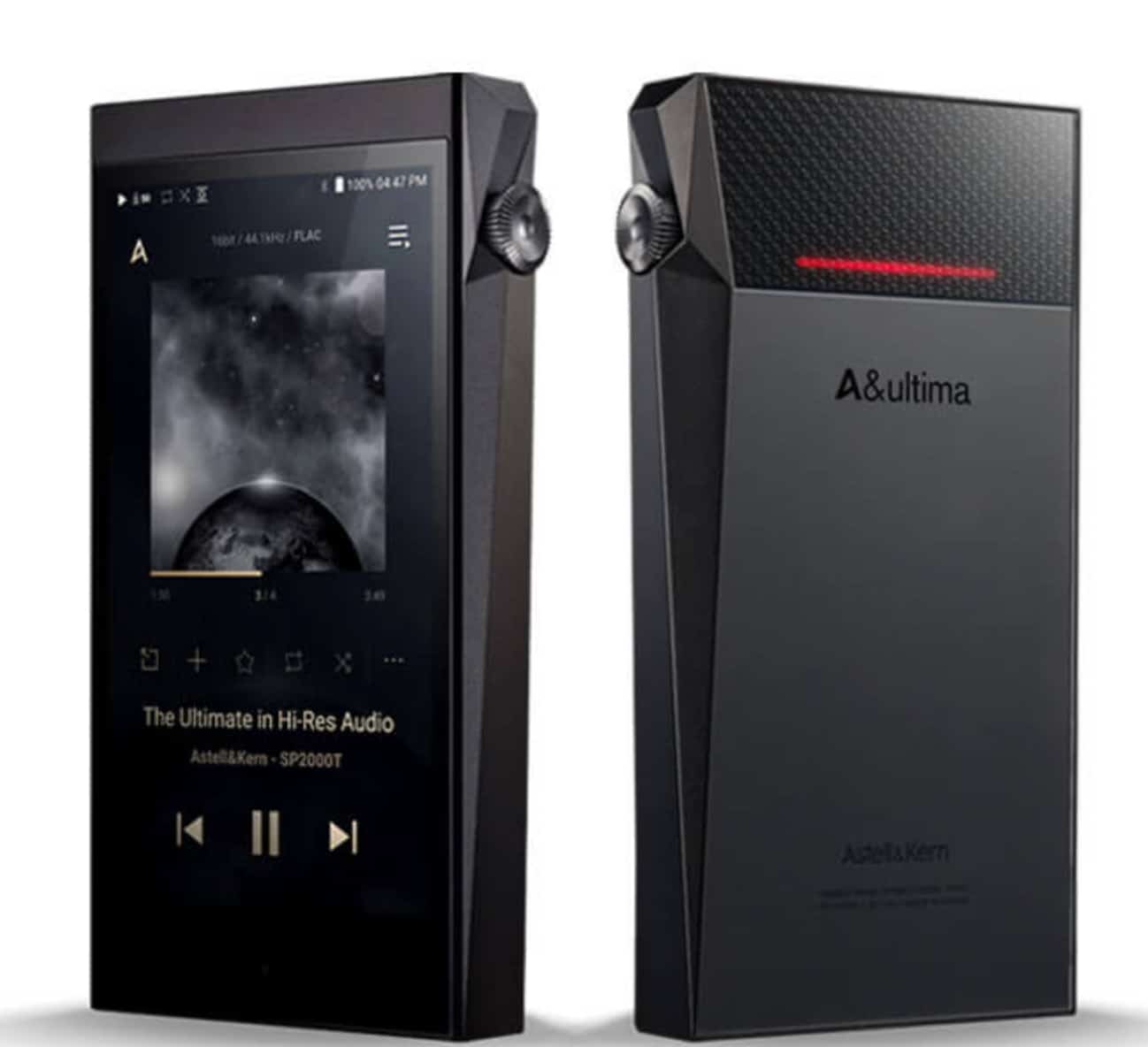 Astell & Kern continues to develop new features and designs with their second digital audio player released in 2021 and we created our ASTELL & KERN SP2000T REVIEW.

We got the SE180 earlier this year with swappable All-in-One cards that let you replace the DAC and amp fully, and now we have the SP2000T. What does the SP2000T have to offer? Of course, there’s the hybrid solid-state/tube amplification design, but the SP2000T also represents a significant step forward in Astell&Kern device usability.

In the Astell&Kern collection, representing flagship-level performance means you get flagship-level packaging. When you open the outer box, you’ll notice that the SP2000T is wrapped in the same elegant wood box as the SP2000. The regular set of accessories, such as screen protectors and a charging cable, are included, as well as a luxury leather case.

The player itself follows Astell&Kern’s typical design guidelines, with an aluminum body with tight, angular lines and a quality feel. The glass window in the back, which shows the tube and playback status light, is a new design element. The internal tubes are Korg Nutubes, so don’t anticipate a 12AX7-like light from the back, but the window does a fantastic job of simulating the feel of large tube devices.

You receive one of the best-feeling volume knobs in the game, as well as play/pause, forward, and backward buttons for external controls. The power button and all three outputs are located on the top of the unit, with 2.5mm and 4.4mm balanced outputs pushing 6Vrms and 3.5mm single-ended outputs pushing 3Vrms, respectively. There’s also a microSD card slot with a maximum capacity of 1TB. Listen, the SP2000T sounds fantastic (more on that in a minute), but two major ways in which the device interacts with applications are maybe the most crucial aspects of the device in the growth of Astell&Kern players. First and foremost, selected apps can now be downloaded and installed directly from the device’s Services menu.

That means you won’t have to sift through APK download websites to find and sideload your favorite streaming service; supported and tested APKs are right at your fingertips. If you choose, you can still install apps under the old method, but the new interface addresses a long-standing issue with Astell&Kern devices.

The second modification is that such apps are now better integrated with Astell&Kern’s own Android version. Any app functions were previously contained entirely within the app itself. If you went to Settings and wanted to pause the song, you’d have to return to the app via the Services menu, wait for it to reload, and then pause. Pull down from the top of the screen, as you would on most smartphones, to see the current song information and playback controls, and control playing from anywhere on the device.

On the device, there are a few additional interesting new features. ReplayGain helps you equalize the volume across your collection as you listen to it, so you don’t have to deal with significant volume swings. Not satisfied with simply providing a tube amplification option on the device – or even a basic hybrid option – Astell&Kern created a tool that allows you to choose from seven different alternatives, including five different degrees of hybrid solid-state/tube operation between totally op-amp and entirely tube operation.

Balance has always been a fundamental aspect of Astell&Kern’s high-end DAPs. They provide detail, definition, and accuracy, as well as an enjoyable listening experience. These DAPs aim for sound quality that lets you feel like you’re in the studio, listening to the music live, but without the dry analytical sound that an engineer needs while stitching the pieces together. 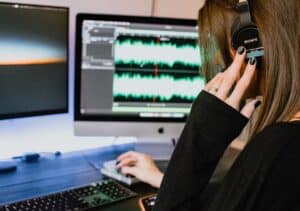 Astell&Kern achieves studio-quality sound with an extremely high level of sonic engagement with the SP2000T. Not only that, but the hybrid and tube options let you fine-tune the smooth and precise balance you desire in your audio experience.

The sound profile is somewhat south of neutral, with a slight focus on the bass – with nice extension through it – and a subtle taming of the highs. The mids are robust and full, and the whole 3D image is presented in a transcendent way.

The transients have just a smidgeon of edge in the op-amp mode, and the SP2000T is treading carefully between retaining a smooth, non-fatiguing sound and offering great definition and resolution. The transients are smoothed down when you shift more of the amplification responsibility to the tubes through hybrid mode and into full tube mode, and there’s just a hint of warmth that picks up in the midbass into the lower mids.

Your choice of equipment may have a significant impact on your preference. The Meze Empyrean benefited from the somewhat better definition of the full op-amp mode, but the HIFIMAN Arya was just right at 80 percent tubes for me. Similarly, the 64 Audio Duo performed admirably in the 20% tube range, while I liked the U18s with a little more color. In my Campfire Audio Solstice customized, full tube mode brought out the bass end.

SP2000T sounds amazing with a wide range of headphones and music genres. With IEMs, it has an extremely low noise floor, and it performs well – notably in terms of balance – with a range of headphones. SP2000T keeps the original signal’s integrity and the character of your headphones, but it also adds a touch of its personality.

One characteristic of the SP2000 personality that distinguishes it from earlier versions is that it does not sound as relaxed as some previous models. Although there is still a balance, the SP2000T pushes it in the direction of a more aggressive sound, especially in op-amp mode. 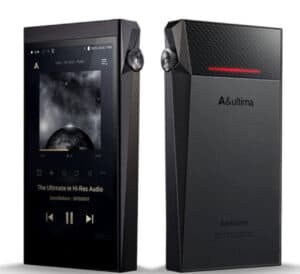 I’ve already stated that the SE200 is Astell&Kern’s greatest DAP for the money. The AKM DAC in the first channel sounds quite similar to the SP2000 at a fraction of the price, and the ESS DAC in the second channel offers a wonderful blend of definition, separation, and air. The SE180 doesn’t quite equal the SE200’s melodic capabilities, but it does produce top-end detail with a somewhat more clinical bent than other Astell&Kern products.

SP2000T combines the greatest features of each of these into one outstanding package. The underlying sound is similar to the AKM DAC in the SE200, but it has a stronger midrange and a higher amount of detail than the SP2000. At the same time, especially in fully solid-state mode, the SP2000T can deliver the kind of definition and air that makes the ESS DAC in the SE200 stand out.

The SP2000T produces a more engaging sound with a stronger overall balance than the SE180’s default SEM1 DAC (the only module I had accessible at the time of review). The SE180 doesn’t have as much musicality as the SE200, but it has a crisper sound and a more detailed midrange. In terms of detail, the SP2000T equals the SE200 pound for pound and can deliver the same level of crispness, but it also adds a better feeling of musicality that puts it in a class above.

All three have comparable output levels and perform similarly with headphones and IEMs. Astell&Kern does an excellent job of balancing a nearly infinite noise floor with sensitive IEMs while also providing enough power in balanced mode to support a wide range of over-ear headphones. It could be the tubes, but I thought the SP2000T had a touch more oomph and bang than the Arya and Meze Elite planar magnetic headphones.

While Astell&Kern’s recent products have all been significant upgrades over prior models, each with its unique feature, the SP2000T takes things to the next level. SP2000T is Astell&Kern’s greatest player ever, with a gorgeous visual design, world-class sound, and a significant leap forward in both sound customization and use.

If you want to hear an Astell & Kern Sp2000T in an audio system contact Music In Motion and you can listen to an Astell and Kern Sp2000  in our demo vehicle. The 1969 Chevy Nova Restomod is a great example of an old car with a new sound system. 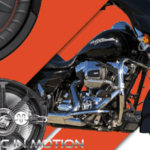 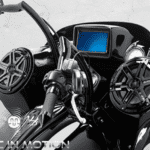 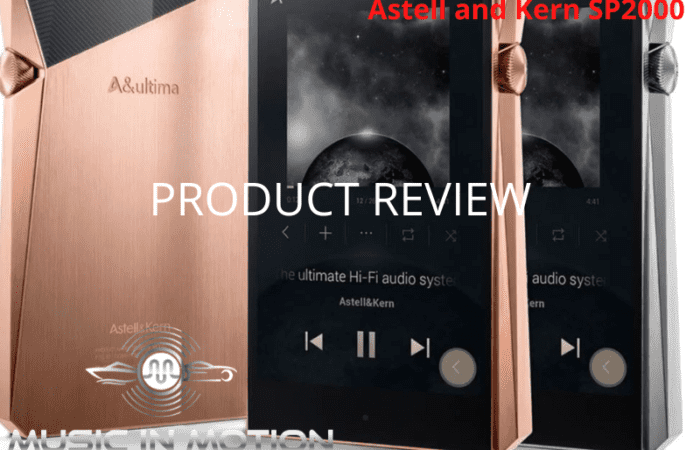