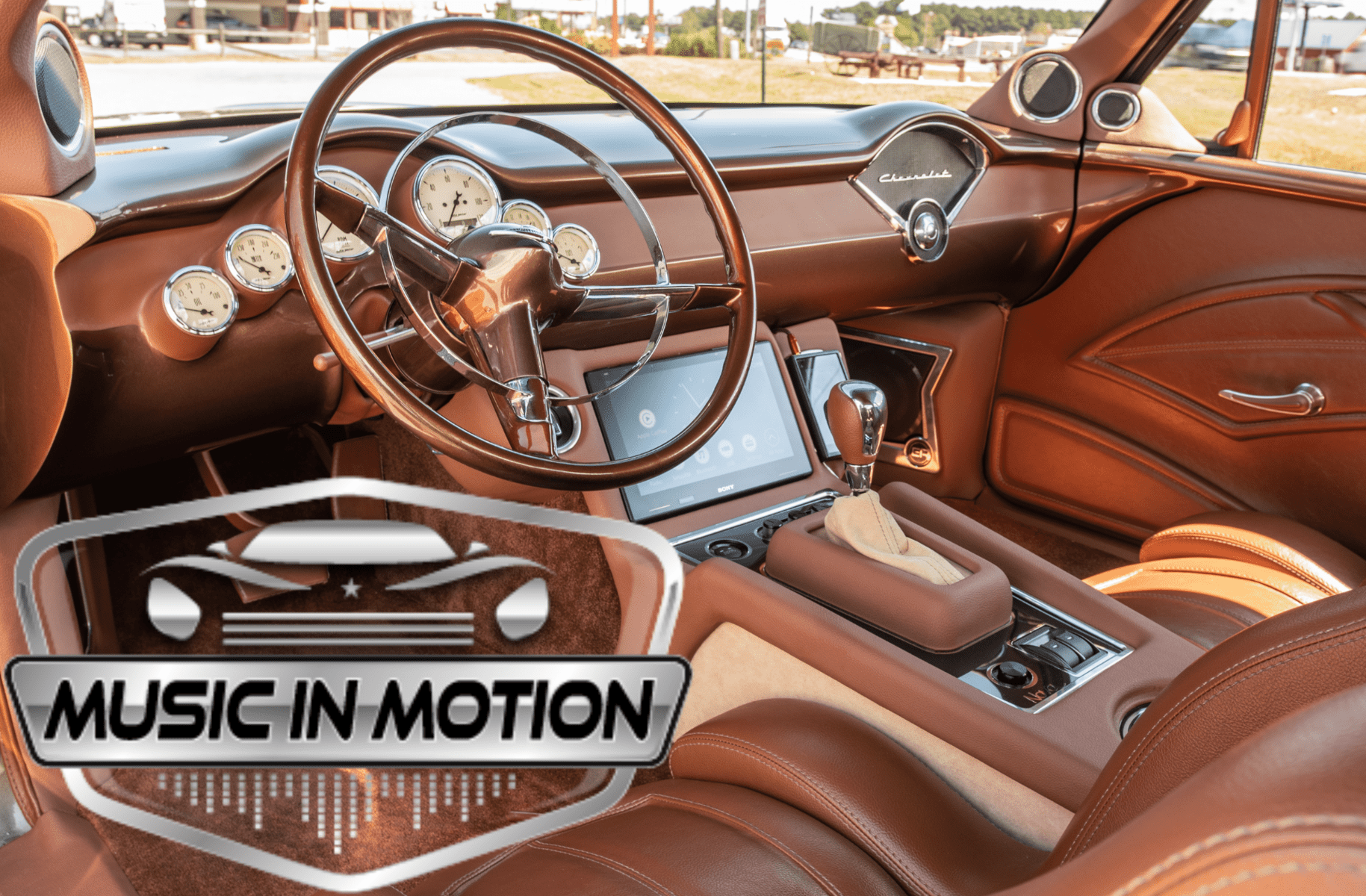 Many individuals choose a three-way front stage when it comes to updating their car audio system to give a wonderfully realistic performance. Simply put, this means three speakers on each side of the car (in the front).

Your audio system needs woofers and tweeters to accurately replicate your music, as we detailed in our post about the requirement for various speaker sizes. Why, then, would one want to include specialist midrange drivers in the mix? For the solution, continue reading.

Where Sound Comes From 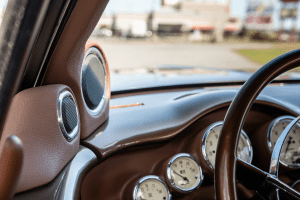 The fact that the little speaker can be mounted on the dash or the top of the door is a significant benefit of utilizing a dedicated midrange speaker with a woofer and a tweeter. Instead of relying exclusively on a woofer positioned in the door, these places might give the impression that the sounds are coming from a point higher in the car.

When correctly designed, fitted, and calibrated with a DSP, your audio system should, in theory, appear to recreate a soundstage that extends from pillar to pillar or beyond the center of your windshield.

Audio frequencies below 3,500 Hz may appear to originate from the doors in a two-way speaker system with a woofer and a tweeter. This lessens the impression of realism by stretching the height of the staging vertically inside the vehicle. The soundstage can be increased by adding a set of midrange speakers. 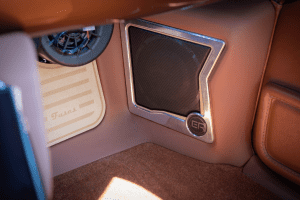 There is a phenomenon known as directivity that affects every speaker in the world, made by every manufacturer. Directivity is the term used to describe how the speaker shapes the sound in relation to its frequency. Consider a 6.5-inch woofer, for instance.

If it were conceivable, the speaker’s sound would extend behind it when it is produced at low frequencies in a spherical pattern. This attribute contributes to the importance of the speaker’s mounting surface to performance.

The shape of the sphere changes from being equal in a 360-degree circle surrounding the speaker to a ball in front of the speaker as the output frequency rises. Although it doesn’t stop, the sound produced outside of this ball is definitely diminished (quieter).

The ball becomes narrower and takes on the appearance of a spotlight as the frequency rises further. These audio frequencies will be quieter unless you are directly in front of the speaker.

Since practically every vehicle’s speakers aren’t pointed directly at the listener, directivity is a problem. We may be at an angle of as much as 70 degrees for a door-mounted woofer. We might be seated in a location with very little output if this speaker is operated with a tweeter and filtered at 4,000 Hz.

A higher level of low-frequency output 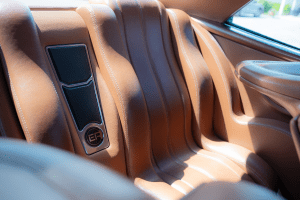 Depending on the brand being used, the product specialist building your audio system may be able to somewhat enhance the bass performance of the woofers by choosing a woofer, midrange, and tweeter for a three-way front stage. The 6.5- to 8-inch woofers don’t need to create middle frequencies much above 400 Hz, so the cones can be a little heavier. As a result, they play deeper than a speaker of a similar size that must play to 4,000 Hz.

Some businesses use a dust cap for the phase plug on their midrange drivers that play higher frequencies. The dust cap adds mass to the motor, reducing its resonance frequency.

Another benefit is that your installer can boost the woofer’s output relative to the midrange to boost bass output, which is particularly advantageous for audio systems without a subwoofer.

There are many businesses that sell three-way speaker systems with passive crossovers. A single amplifier channel may power all three speakers on each side of the car thanks to passive crossovers. The crossover points are typically established by passive networks, while some do offer alternatives for tweeter and midrange output levels.

A six-channel amplifier and a digital signal processor work best together to maximize the performance of a three-way front speaker set. The processor’s functions enable your installer to precisely adjust each speaker’s output to give a precise and natural frequency response at the listening position.

Ask Music In Motion about installing a three-way speaker set in your car if you want the most realistic, precise, and accurate car audio system performance available. The outcomes will be astounding after it has been installed and calibrated! 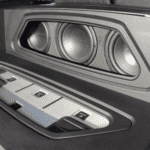 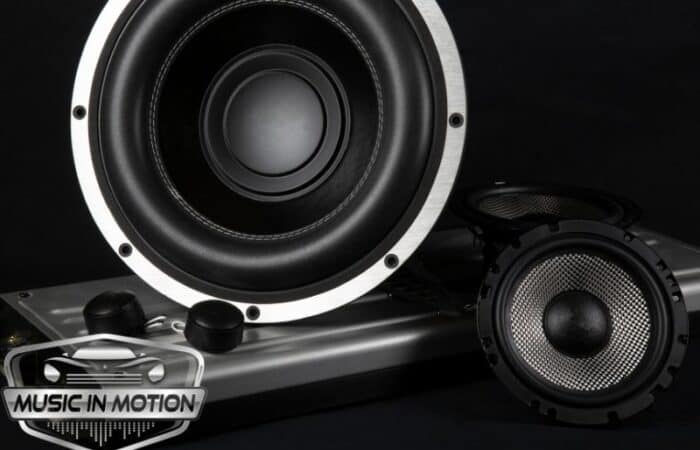 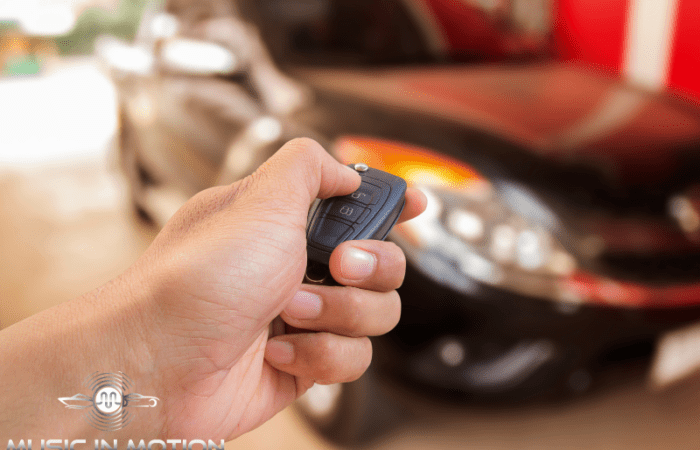 The Definitive Guide to Remote Starters for Automobiles